Great news from one of our member clubs – Binny Golf Club, who were under threat of closure. SRUC Oatridge College have owned and operated the course on which they play for 20 years. The course was built to assist with the education of greenkeepers being taught at the college. The green-keeping courses were moved to SRUC Elmwood College in Fife around 7 years ago. Since then SRUC Oatridge College has continued to operate the golf course despite there being no education taking place on the course, although it was becoming increasingly more difficult for them to justify keeping it open purely for the benefit of the community rather than for education purposes. The college intimated last year that they were intending to cease operating the golf course from 31stMarch 2020. Binny Golf Club have been working with the college since then on a proposal for the Golf Club to take on the full operation of the golf course. It was agreed last week that the Golf Club would lease the golf course from 1st April 2020 on a 5 year lease initially thus ensuring the future of the club. The course have attracted 130 new members/season ticket holders in the last year taking them up to a total of around 340 and the golf course is viable. Binny Golf Club are our current Senior League champions and we wish them all the best for a successful future in this new venture. 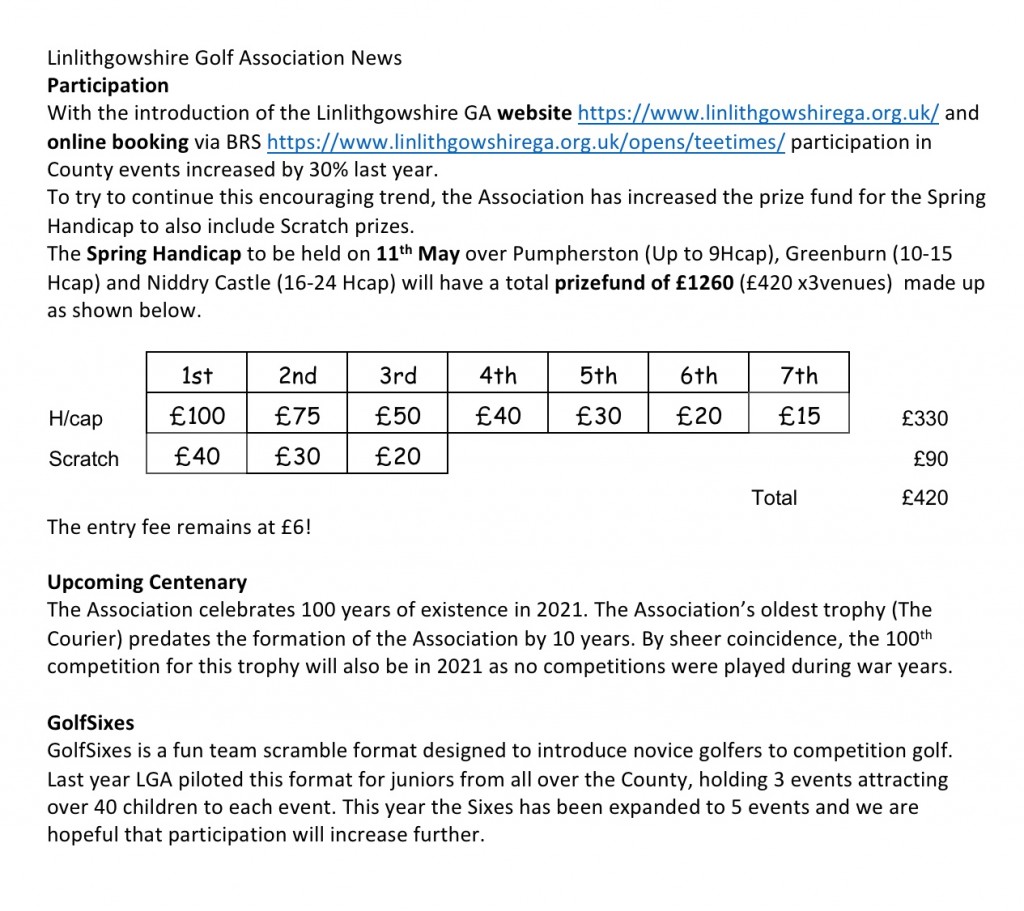