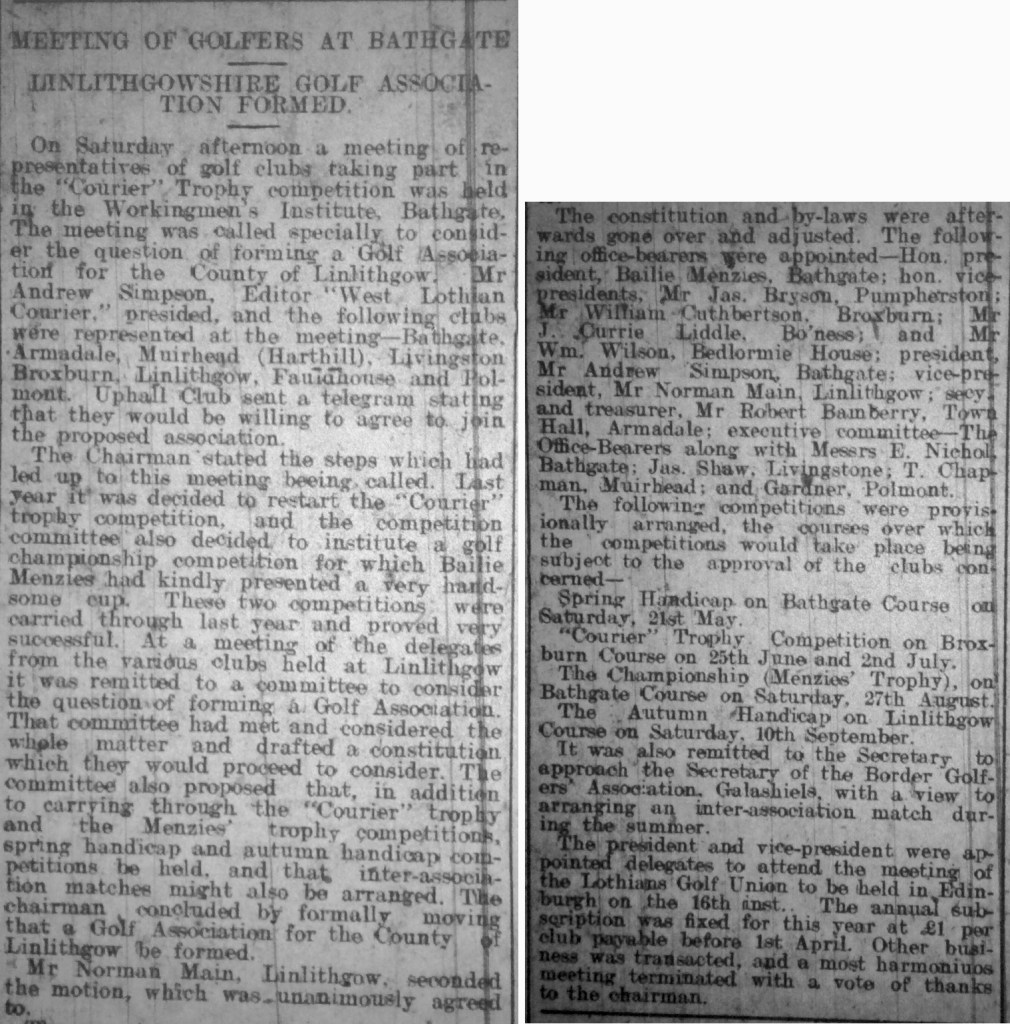 Winners of LGA competitions over the years will be posted here when time permits.

The Menzies Challenge Trophy is awarded each year to the Champion Golfer from affiliated clubs. The trophy was donated in 1920 by the Menzies family who established the North British Steel Foundry in Bathgate. Winners are listed below: 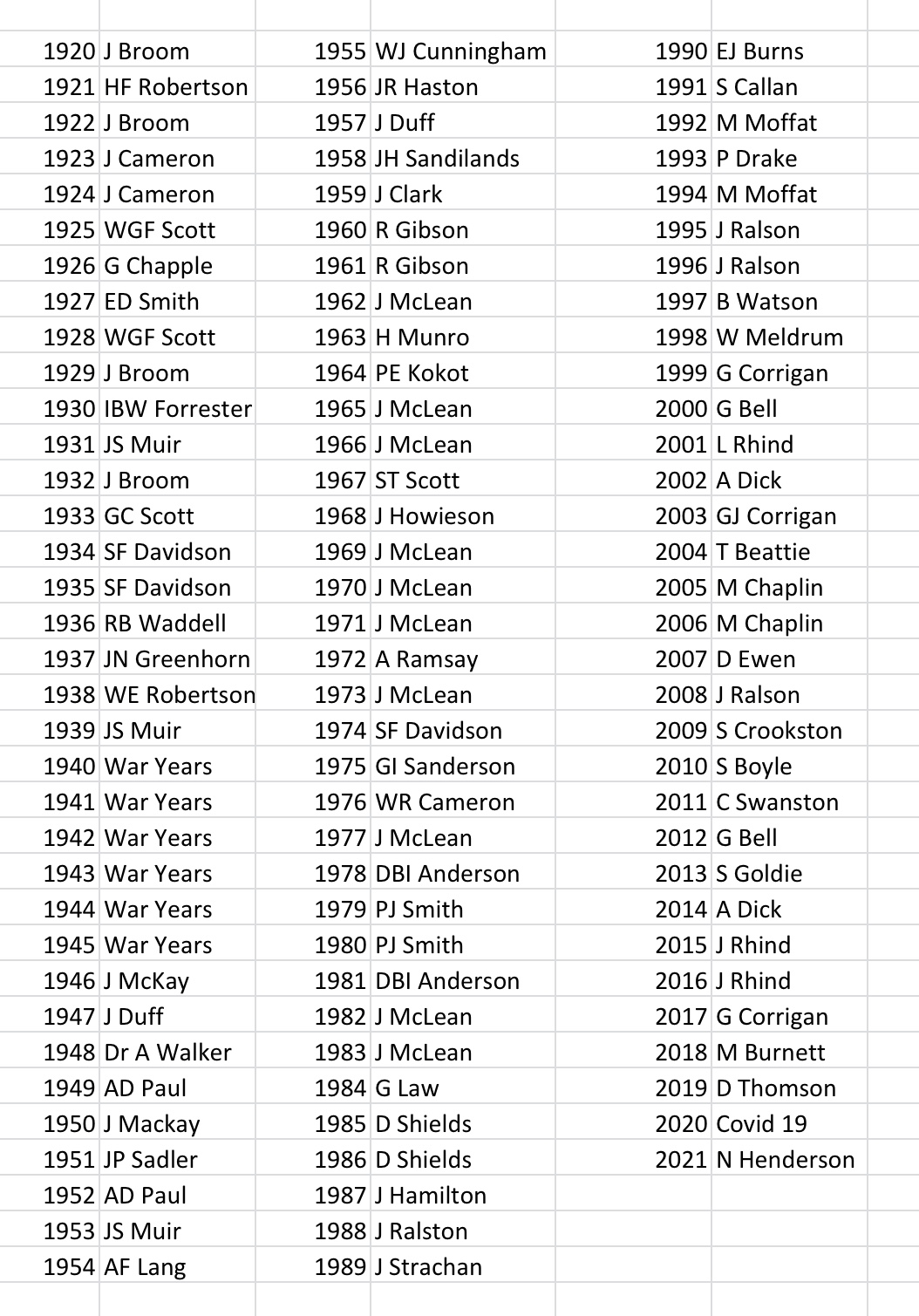 West Lothian Courier Trophy
The Courier Trophy is the oldest trophy contested among Linthithgowshire Clubs. The first contest was in 1911, predating the formation of the Association by 10 years. A list of winners since inception is shown below. 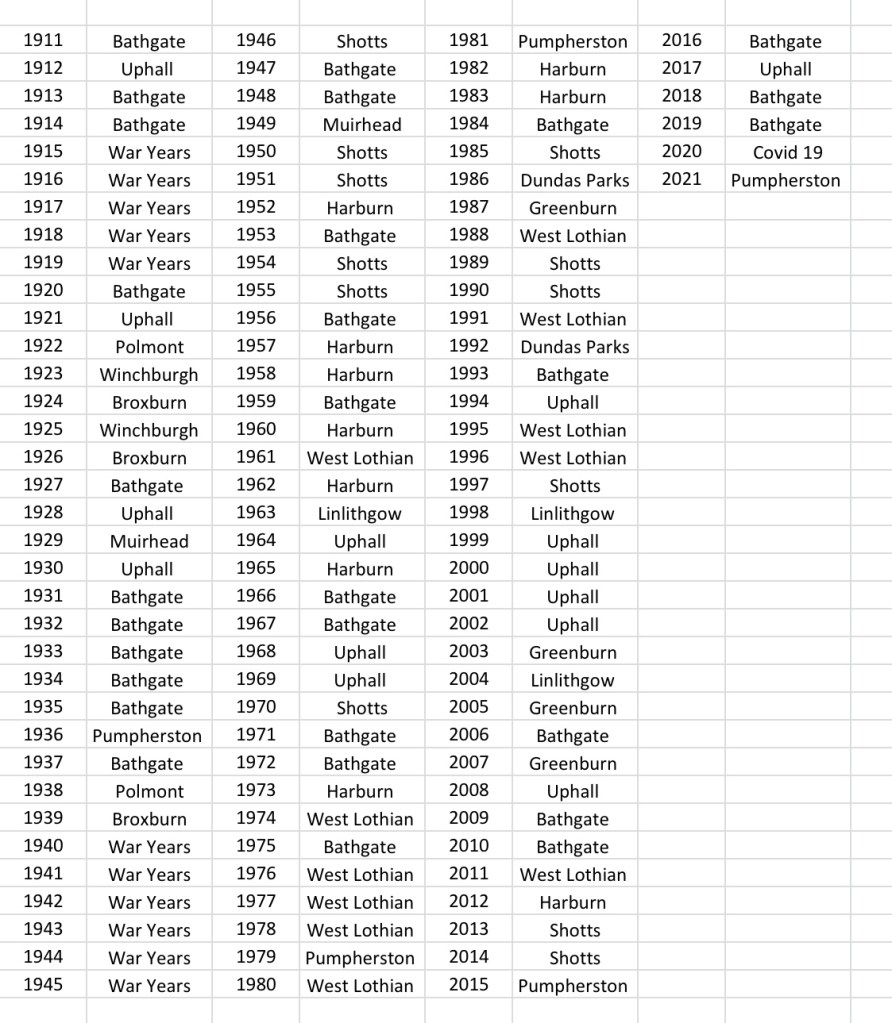